Girl Scouts of Central Maryland is committed to serving all girls in central Maryland. The Girl Scouts Beyond Bars (GSBB) Program has been in continuous operation since November 1992, in partnership with the Maryland Correctional Institution for Women, and this year we celebrate the program’s 25th Anniversary!

Despite a loss of funding on a national level that has caused other councils to end the program, Girl Scouts of Central Maryland has remained committed to maintaining a supportive environment through the Girl Scouts Beyond Bars program, for girls who are struggling to deal with their mothers’ imprisonment. Participating girls can talk candidly with each other and adult leaders about the ache of parental separation. GSBB also gives their mothers a chance to have a positive role in their daughters’ lives as they participate together in Girl Scout activities.

Girl Scouts Beyond Bars (GSBB) is a program that focuses on the daughters of incarcerated women. It aims to break the intergenerational cycle of incarceration by maintaining the mother-daughter bond, strengthening the self-esteem of both mothers and daughters, lessening the anxiety experienced by children of incarcerated parents, and providing these children with positive role models.

Girls attend troop meetings with their mothers at Maryland Correctional Institution for Women. The girls also participate in Girl Scout activities away from the prison, such as camping trips, college tours and visits to museums.

The program began in 1992 as a partnership between the National Institute of Justice and Girl Scouts of Central Maryland (GSCM). The program has served more than 400 girls in Central Maryland and has grown to serve thousands of girls in as many as 30 Girl Scout councils nationwide (out of 112 total councils).

Due to the loss of government funding, the program is currently only offered in 15 states. In Central Maryland, the program has operated consistently for 25 years, funded primarily through grants and donations.

The Beyond Bars Program began at GSCM in November 1992.

During her tenure at District Court of Maryland, Judge Carol E. Smith sentenced dozens of mothers in her court and wondered about the fate of the children of those mothers.  Judge Smith called the National Institute of Justice asking for help to develop a parent-child visitation program at Maryland Correctional Institution for Women, where more than two-thirds of the inmates are mothers.

In response to Smith's request, National Institute of Justice (NIJ) program official Marilyn C. Moses contacted then-Warden Melanie Pereira in August 1992 with the idea of having a Girl Scout program at the prison. The warden was initially skeptical, but gave permission to proceed.

Moses then turned to Girl Scouts. She contacted Muriel Gates, Special Projects Coordinator for GSCM, who Moses knew via the American Association of University Women. Ms. Gates liked the idea and discussed it with Barbara Minnis, then-acting Executive Director of Girl Scouts of Central Maryland, who agreed immediately.

NIJ, which is the Department of Justice's principal research agency, gave GSCM a $15,000 demonstration grant and the first meeting of the program (initially called Girl Scouts Behind Bars) was held at MCIW in November 1992.  Girls Scout Beyond Bars meetings have been held at the prison twice a month ever since. The two-hour meetings begin with 15-minutes of mother-daughter bonding time, followed by participants forming a circle to recite the Girl Scout Promise and Law, then dividing into groups by age to engage in Girl Scout projects.

The initial grant covered most of the cost of transporting girls to the prison and providing them with Girl Scout handbooks and other materials. The following year, GSCM secured $20,000 from Maryland’s Office of Justice Administration and $10,000 from United Way. United Way continued to provide $10,000 for five consecutive years, ending in 1998.  In 2002, the Department of Justice awarded Girl Scouts of the United States $1.8 million for GSBB and Girl Scouts in Detention Centers, which GSUSA used to make grants of up to $25,000 to councils. Central Maryland received $25,000 each year from 2002 until 2012. 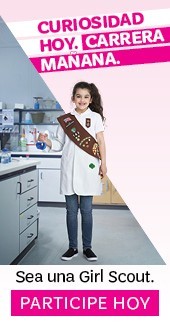